Another truck driver, aged 42, who became a victim of kidnapping in Mpumalanga has been rescued by police in Komatipoort.

Two suspects aged 25 and 28 were arrested on Friday.

“The truck driver from the country of Zimbabwe was kidnapped on Thursday 15 December 2022, at around 3am near Lebombo border in Komatipoort,” according to Mpumalanga police spokesperson Brigadier Selvy Mohlala.

“According to the report, the victim was kidnapped by armed suspects under the railway bridge in Komatipoort as he returned to the truck he was driving after buying some food.

“It is said that he was taken by his assailants at gunpoint into the bushes. It is further indicated that the suspects demanded a ransom of R50 000 to be deposited by his (driver’s) employer.”

Various military and law enforcement stakeholders including the National Intervention Unit (NIU), SA National Defence Force, the SAPS Airwing, Crime Intelligence, hostage negotiators, the K9 Unit, detectives as well as the driver’s employer mobilised resources in order to ensure that the victim was brought back alive.

“These members work tirelessly and due to the rainy weather condition (on Thursday) the search had to be called off. The suspects contacted a colleague as well as the victim’s employer and further made some demands,” said Mohlala.

“Through collaboration that was made by the stakeholders, the victim was traced and found as well as the two suspects cornered and apprehended.”

During their arrest, an air-gun was found as well as four mobile phones were found in the kidnappers’ possession.

“Further than that, a large sum of undisclosed amount of cash was found in their possession. The members also found two knives in the possession of the two suspects,” said Mohlala.

“The two were charged for kidnapping as well as possession of suspected stolen properties and they are expected to appear at the Komatipoort Magistrate’s Court on Monday, 19 December 2022 facing the said charges.”

Mohlala said police cannot rule out the possibility that the two could have been involved in the previous kidnapping incident where another truck driver went through a similar ordeal last week.

Additional suspects could be arrested as the investigation continues.

Meanwhile, provincial commissioner of police in Mpumalanga, Lieutenant General Semakaleng Daphney Manamela has saluted her charges for their “hard work” in rescuing the kidnapped driver.

She also warned perpetrators of similar crimes, targeting truck drivers in the area.

“We will continue to hunt for these suspects until we find each one of them wherever they are hiding,” said Manamela.

South African Airways has just joined the already existing seven flights including Eurowings, that take the route to the Victoria Falls Airport. 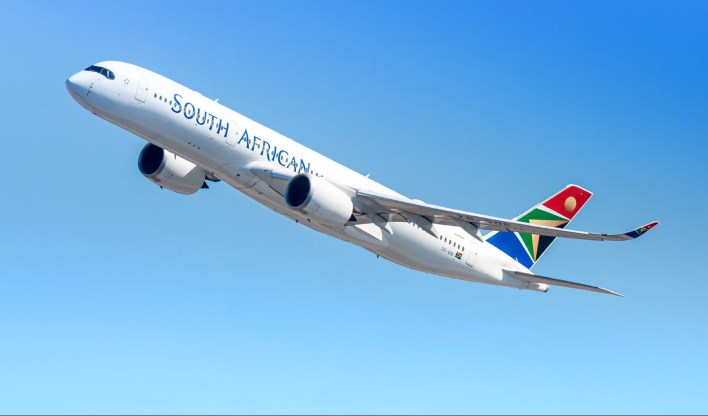 SAA has since resumed the international flight that connects Johannesburg and Victoria Falls at a time where Zimbabwe is working on its tourism industry. Zimbabwe plans to attain a US$5 Billion from tourism by the year 2025. Learn More