Senior member of the Tyson Wabantu team Never Maswerasei has sensationally alleged that there is a joint military intelligence and Central intelligence plot to Assassinate former cabinet ministers Savior Kasukuwere and Walter Mzembi who are self exiled in South Africa.

In a Twitter thread Maswerasei said: “An executive order has been given for the quick elimination of the two former cabinet ministers @Hon kasukuwere & Walter Mzembi. As per the order the 2 must die before new year.” 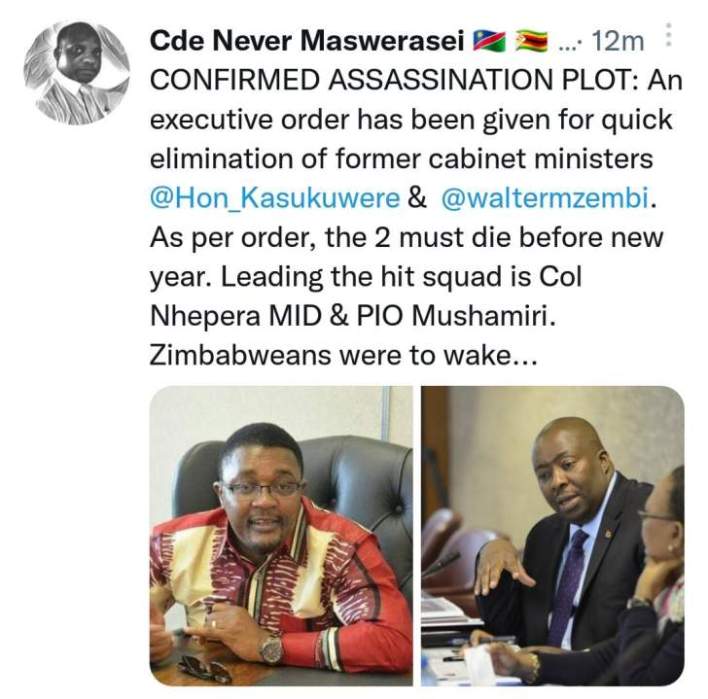 Maswerasei further alleged that the two men leading the mission are said to have six different cellphone lines in the assasination plot.

The elimination squad is claimed to comprise of up to ten assasins.