A lightning bolt struck dead two oxen in the Mvuthu area outside Victoria Falls last Friday, a day after the community had gathered to pray for rain and to break a dry spell.

Speaking to a local paper, Acting Chief Mvuthu, Bishop Matata Sibanda said the whole community was shocked by the incident. He said:

We had a day of prayer for traditionalists and churches on Thursday and a day later we had such a tragedy which has never happened before.

I was shocked when I got a call that lightning had struck two oxen and the whole community is still in shock too.

We wanted to appease spirits following damage caused by a storm at Ndlovu Secondary School.

We haven’t received meaningful rains because traditionally our rain comes from the direction of Zambia but all the light showers that we have received come from Masue direction which we know will not be strong.

However, we are worried that it caused such destruction.

Chairman of Mvuthu village Paulos Ntini said that the two oxen belonged to Sam Dube and Alton Ncube of BH 26 in the area. Said Ntini:

They were grazing in the bush when they were found dead after being struck by lightning.

We were excited that the rains had come after the prayer ceremony last Thursday but we are shocked at what then happened.

Everyone gathered for a prayer session on Thursday and each was assigned to go and continue with fasting and rituals at their respective places.

We were happy that it rained on Friday but the sad news of lighting that struck cattle dampened the mood.

Lightning strikes are common during the first half of Zimbabwe’s rainy season as most of the rainfall activity is of a conventional type.

In other news – Pokello Nare celebrates her son’s birthday 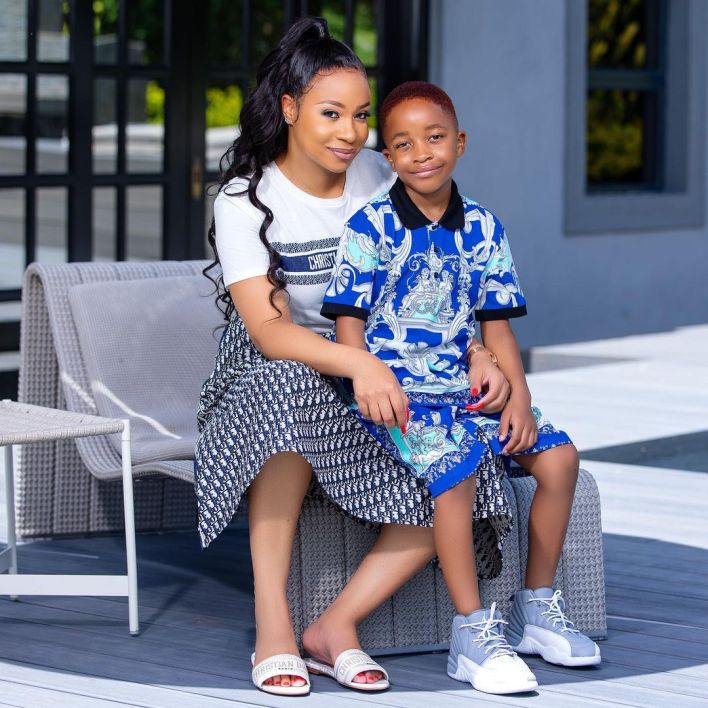 In celebration of the birthday the queen of swagg posted adorable pictures of herself and her son.

She also went on to thank God for giving her a reason to live and smile. Learn More