Citizens Coalition for Change (CCC) interim vice-chairperson Job Sikhala has penned another letter from Chikurubi Maximum Security Prison where he says he is being crucified by the regime of President Emmerson Mnangagwa for representing the weak souls and suffering Zimbabwean masses.

Sikhala, who will spend Christmas in jail after being denied bail several times, said message came from “deep down his heart.”

“I dearly love you all and wish all of you a Merry Christmas and a Happy New Year,” Sikhala wrote, adding that he lived like a rat in jail, but was grateful of the support he gots from Zimbabweans.

“I am prepared to walk all the distance long until God’s time has come to pass. This persecution script has God’s footprints written all over it. I repeat for the umpteenth time, I have not committed any crime. Since birth, I have never killed or hurt a fly and until death I shall never kill or hurt one. I am being persecuted because I was defending a weak and powerless Moreblessing Ali. To Ali (I say), I am being crucified and made to live like a rat, because of you. I am being crucified because of the generality of the suffering Zimbabweans.”

He said he was not bitter about what was happening to him, despite that there are those that take turns to insult, humiliate and malign him.

“I rather feel my heart filled with love and I smile at them. Great nations have not been built on bitterness, but love. The world was amazed when they saw Nelson Mandela smiling, the first day he appeared in the public from Robben Island after 27 years of treacherous persecution by the oppressors. So to all those who have been plotting evil against me, ( I say) I love you all…..You are just playing a role to fulfil what was revealed to me long before this had happened, by someone blessed by God with time revelations.”

He urged Zimbabweans to build a nation of love, happiness, peace and equality, adding that no one deserved to be killed because of their political affiliation.

“Politics should be competition of brightest ideals and values. I pray that history will remember me as a man who suffered for defending the fatherless, the weak and the powerless in our society….I do not want any reward for it or any suggestion for power. Let those who need power have it and use it responsibly,” Sikhala said.

He said in the 2018 elections, he did not want to contest but was dragged to do so against his wish.

Meanwhile, Sikhala has appealed against dismissal of his bail application at the High Court in a case where he is accused of inciting public violence.

Through his lawyer, Advocate Thabani Mpofu, he is appealing to be granted bail after Harare magistrate Tafadzwa Miti ruled that he could abscond if granted bail.

His co-accused, Chitungwiza North MP Godfrey Sithole has since been granted bail.

Sikhala also faces a charge of obstructing the course of justice.

In other news – Three children drown in open pit

Three children aged between 9 and 15 drowned in a water-logged pit left open by sand poachers in Mayambara Village in Seke on Tuesday. 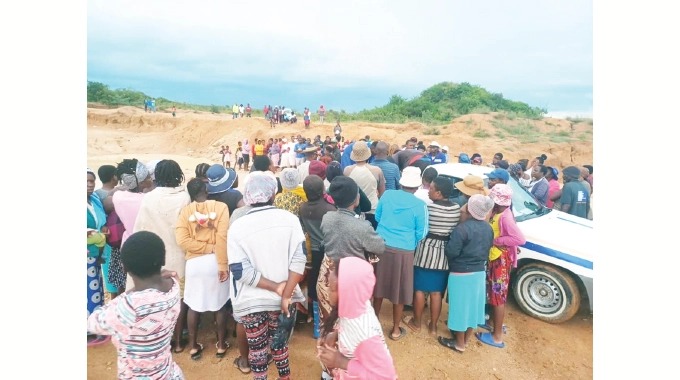