The Big Brother Mzansi Housemates get to let their hair down during their first Saturday Night Party, which will probably come as something of a relief after the week they’ve had: the excitement of entering the House, the emotional strain of sharing deep, personal stories, losing the Wager Task – it’s all taken its toll.

The week also started with all of the Housemates looking like they were just the very best of friends, but time has brought about some divisions in the group – not surprising considering the considerably varied background the Housemates have. They can’t be expected to always get along.

Zino is the youngest Housemate of the season, he admits to being a “mommy’s boy”, and is a student of digital marketing. Contrast this with another Jozi native, Terry, whose professional aspirations a very different, indeed. An adult content creator who described herself as “a soft thug”, the two seem as different as they can get. They do have one thing in common, though: Terry clearly has a very soft spot for her mother, saying that, were she to win the competition, “I want to help my mother with the family.”

Zino has confessed that he has something of a soft spot for Venus, the 25-year-old bartender and aspiring musician from Durban, although he’s keeping his distance so as not to lead himself into temptation because he has a girlfriend, extra Domum. Venus has been noticeably quiet during the first week of Big Brother, in contrast to the decidedly prominent personalities of the rest of the group, but she’s clearly been noticed. The men have given her the codename, “Trespasser”, for… reasons? Strangely, though, she says that “talking always helps me – expressing myself”. Perhaps she should start doing that, then.

Venus has spent a bit of time paired up with Themba this week, as they had been collaborating on music for the first Wager Task. Aside from his musical abilities, Themba earns a living as a tattoo artist, which comes as no surprise to anyone who has seen his heavily inked face. An early fan favourite, Themba is something of an enigma. During a recent Diary Session, he laid out the ways in which he has been executing his strategy: orchestrating the so-called “Men’s Conferences”, being deliberately enigmatic in order to stir interest in himself, and being sure to share a room with B.U., who he sees as his most dangerous rival. Keep your enemies close, we guess.

B.U. is also an aspiring musician, although he lived a former life as a research analyst. From the jump, everybody knew that he was a vegan (because he wasted no time in telling us), albeit the type of vegan who doesn’t shy away from wearing an animal skin headdress. “I’m Zulu first, vegan second,” was his explanation for that, which is fair enough. Unaware that Biggie already knew the identity of “The Trespasser”, he inadvertently let it slip that this was his crush – so, Venus has another potential suitor.

Somebody who is probably really looking forward to letting his hair down (not that he has any) is Tulz. Burdened with the responsibility of being Head of House during the first week and overseeing what turned out to be a disastrous Wager Task, he must be dying for an opportunity to just forget about things. The voice artist, actor and broadcaster have stated that he intends to play it cool, and not lose his temper. “It’s not always easy,” he admitted during yesterday’s Diary Session. It’s safe to say that not everyone has the same zen-based strategy to winning the game. Tulz admitted that his friendship with Nale has turned into a crush, on his part, but he’s resigned to the fact that it “probably won’t happen.”

Describing herself as a “fine gyal, not a sad gyal”, Nale hails from Pretoria and is a model and actress and admits to being “a big flirt”. She’s not had the best few days, recently, after she called a House meeting to address some stress that Mphowabadimo was experiencing, but the latter clammed up when it was her time to speak, leaving the House feeling like Nale was stirring up drama for no reason. “It felt like I was set up by my friends,” she complained. “But then I realised I don’t have ‘friends’. This is a game.” As perceptive as that comment might be, the sense of betrayal might take longer to subside than she thinks.

Mphowabadimo originally intended to keep the fact that she is a sangoma secret but ended up spilling the beans on Day 1. She thinks that this may be the reason that some people are stand-offish toward her, and she complains that she’s being flatly ignored by some Housemates. “The only way I will win the R2 million is by keeping my head underwater,” she said during yesterday’s Diary Session. The problem with that strategy is that – eventually – you’ll drown.

One of the Housemates who admits to having a problem with Mphowabadimo – at least at first – is Dinkybliss. She says that, rather than being opposed to Mphowabadimo being a sangoma, she actually has something of the same gift, although she had been suppressing it all her life. This led to her not being able to meet Mpho’s eyes because she felt exposed. “The energies were too strong.”

Dinkybliss came up in Themba’s Diary Session too. He says that he has her all sussed out and can manipulate her to tap all the information he wants from her. It turns out, however, that Dinky is perhaps not entirely under his thrall – she’s onto him. “Themba thinks he can use me for information, but I’m feeding him the wrong information.” The game has already turned into three-dimensional chess.

Dinkybliss seems to have made a friend quite early, though – Yoli. This very bubbly woman teaches performing arts and studies psychology, so she defaulted to taking a lead role in formulating the Wager Task Presentation. She admitted to having a crush on B.U., but she’s moving on. “It’s not reciprocated, so I’m just gonna turn it off, and move on.” Along with Nale and Venus, she counts accountant Thato as one of her closest allies.

For her part, Thato admits to being open to romantic relationships in the House. “I’m single, so I’m looking,” she explains. “Honestly, my crush in the House was Tulz, but competition is tough. I’m quite clear who I think he has a crush on.” Without actually naming names, it’s likely that she thinks it’s Nale since she and Tulz have been spending quite a bit of time together.

When Sis Tamara came into the House, so did a lot of pronouns. As “a gender non-conforming experience”, Sis Tamara goes by he & him, she & her and they & them. They have expressed a strong bond with Terry. “We are basically the same person.” When speaking about any romantic relationships that might be going around, Sis Tamara claims that “the sexual tension is there. The temptation is there.” According to her, Terry will “eventually let her guard down and allow Gash1 in.” Perhaps, but it’ll be a challenge. Speaking about Gash1, Terry said, “there’s something there that I’m very suspicious of. Something is just off.”

Given all of these dynamics, and the assorted strategies and intrigue, tonight’s Saturday Night Party is going to be an interesting one: will we have some hookups? Some explosive behaviour? Tune in and find out.

Big Brother Mzansi Season 3 Is Broadcast Live 24/7 On DStv Channel 198. There Is A Daily Highlight Show On Mzansi Magic (DStv Channel 161), Tuesdays To Fridays Starting 25 January 2022 At 22.30. Sunday Eviction Shows Begin On 30 January At 18:00 And Will Be Broadcast On Mzansi Magic. This Season Will Also See The Return Of Fan Favourite Shower Hour (22:00, Mondays To Thursdays On Channel 161), Saturday Night Parties With Channel O And Friday Night Games.

In Other News – By Failing To Prepare, You Prepare To Lose #BBMzansi

Those that have stood up in front of an audience and had to present know that one of the keys to delivering a great presentation or performance is by preparing. By failing to prepare, you are preparing to fail and this is exactly what we saw happen in Biggie’s house during the Wager Task. 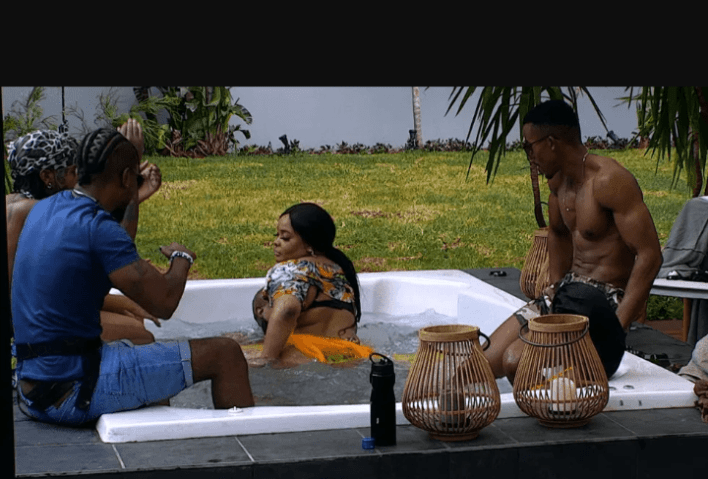 The Big Brother Housemates knew that they had a Wager Task coming up but most of the time they looked unbothered. Their attitude spelt, andizi and angizingeni! From where we were standing, they underestimated the Wager Task. learn more

By Failing To Prepare, You Prepare To Lose #BBMzansi

Saturday Night Party Ignite The Energy In The House #BBMzansi