A 52-year-old man from New Cranborne in Harare shot himself to death following a dispute with his 46-year-old wife on Tuesday.

The man, Pasipamire Kanyimo, shot himself after his wife only identified as Virginia had allegedly told him that she did not want to be in a relationship with him anymore.

An argument followed which assumedly forced Kanyimo to manhandle his wife Virginia leaving her unconscious.

Kanyimo somehow believed that he had just murdered his own wife who was now lying unconscious.

He hurriedly left the scene and shot himself to death on the left side of his head. Harare provincial police spokesperson, Inspector Luckmore Chakanza confirmed the incident. Said Insp Chakanza:

Police are investigating a case involving a man believed to have shot himself to death in Cranborne.

Circumstances were that the wife had a misunderstanding with the now deceased”.

One of the house occupants said the now deceased told her that he was going to shoot himself and she ran to their neighbour for assistance.

On their return, they found the now deceased lying in a pool of blood.

Several people reportedly injured after a Kombi collided with a Honda Fit before overturning at the intersection of Nelson Mandela and Angwa Street in Harare this morning. 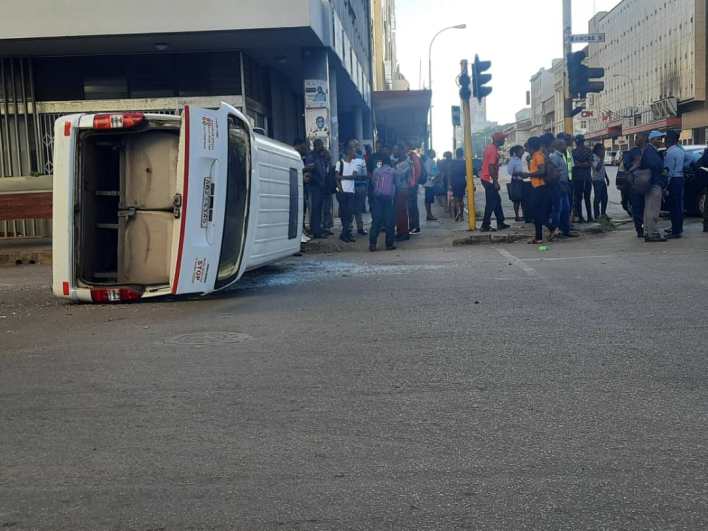