A Zengeza woman who made headlines for keeping her son in a ceiling for over a decade and her decaying husband’s corpse for days without notifying police has been granted ZW$50,000 bail.

Plaxedes Mahlahla was arrested and charged with culpable homicide after the horror tale was unearthed last month.

She was granted ZW$50,000 bail by Chitungwiza Magistrate Clever Tsikwa.

Representing the State, Pamela Dzinouya had argued that Mahlahla’s safety will be endangered if she was granted bail as her case had caused mayhem in the society.

She proposed that Mahlahla be placed in custody pending trial, citing that her case hogged social media and may risk her life on social media.

Dzinouya cited Criminal procedure and evidence act 117 (2) (b) saying the release of Mbuya Mahlahla on bail may undermine public peace and security.

In her defence, Mahlahla said she does not have a problem with the society and what transpired prior to her arrest is of no one’s concern.

The magistrate ruled in her favour, stating that prosecutors had failed to prove their case beyond reasonable doubt.

The magistrate also said court does not exist on social media, and as such cannot be swayed by its perceptions.

Mahlahla caught the limelight last month when revelations that a decaying corpse of her husband, Gideon Mahlahla, was discovered inside the house after a week.

Her son Grant was also found hidden in a ceiling after 14 years of his whereabouts being a mystery to locals.

In other news – Plot to assassinate Kasukuwere and Mzembi exposed

Senior member of the Tyson Wabantu team Never Maswerasei has sensationally alleged that there is a joint military intelligence and Central intelligence plot to Assassinate former cabinet ministers Savior Kasukuwere and Walter Mzembi who are self exiled in South Africa. 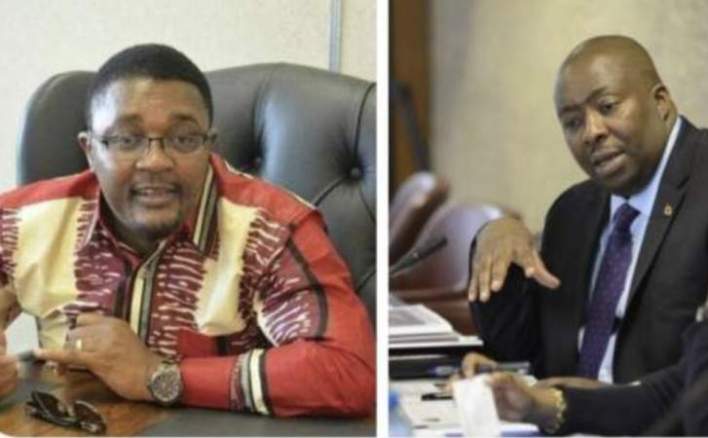 In a Twitter thread Maswerasei said: “An executive order has been given for the quick elimination of the two former cabinet ministers @Hon kasukuwere & Walter Mzembi. As per the order the 2 must die before new year.” Learn More