Four people died in a road traffic accident along the Chivhu-Nyazura Road on Christmas Eve.

Police said the accident occurred around 7.30 PM when the driver of a Toyota Rav 4 with seven passengers on board collided head-on with a Hino truck. Reads a police report:

The ZRP confirms a fatal road traffic accident that occurred at the 111km peg along Chivhu-Nyazura Road on 24/12/22 at 1930 hours.

A motorist, who was driving a Toyota Rav 4 vehicle towards Chivhu with seven passengers on board, collided head-on with a Hino truck resulting in the death of four people.

Police said two people died on the spot, while two others died along the way to the hospital.

In other news – Honda-fit and bus accident along Masvingo road

Accidents continue to rock the nation, the traffic association is yet to release statistics about that has hit the Zimbabwean community this season. 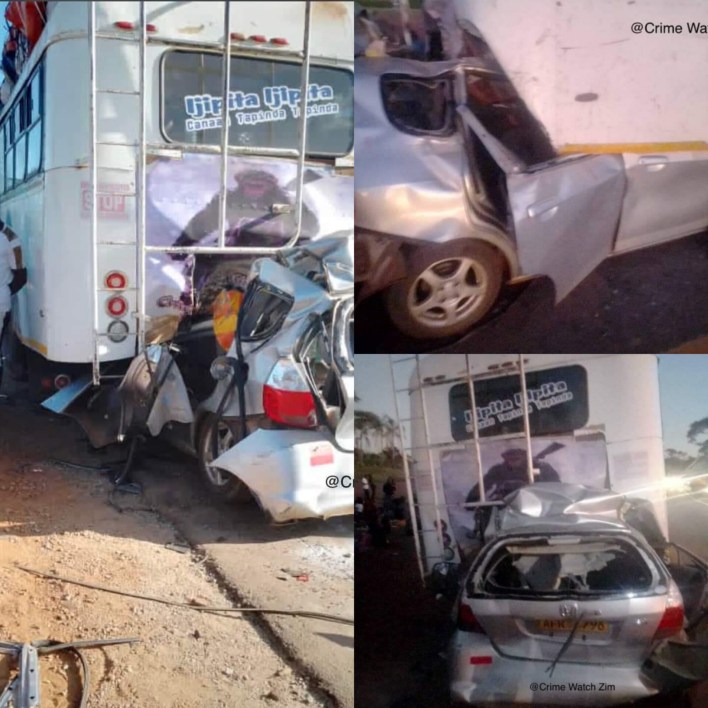 Yesterday a Honda fit car was involved in an accident with a bus travelling to Masvingo close to Mutendi. No deaths have been reported however. Learn More