It’s only day 2 and Big Brother Mzansi viewers are already fed up with housemate Mvelo Ntuli. The reasons are they are just not catching his vibe, at all!

The 28-year-old marketing graduate is not in tweeps’ good books and it started just a few hours into day 1. According to tweeps, when they tune in to the show, Mvelo always seems to be holding a plate of food in his hand. “This Mvelo guy is just there to eat!” exclaimed one viewer. Another said, “Every time I see Mvelo… he’s holding a plate or eating.”

Apart from his eating habits, other housemates think Mvelo’s weird laughter is a huge turn-off. Many have pointed out how he laughs almost all the time and lets out a chuckle after a few sentences.

This might be understandable because people have their own coping mechanisms to deal with nerves, especially if you are Live on television 24/7.

In Other News – #BigBrotherMzansi Day 1: Housemates Getting To Know Each Other

In the early hours of their first morning in the House, the Housemates spent a large portion of their time getting to know each other. 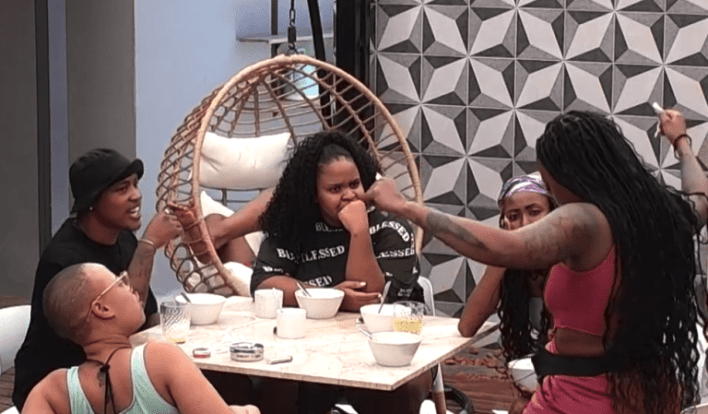 The excitement and thrill about being the first to occupy the #BBMzansi House in seven years had everyone feeling a little ecstatic about making the cut. read more

#BigBrotherMzansi Day 1: Housemates Getting To Know Each Other