Gokwe and Zhombe community declared not to rest in assisting the police in search of a teacher only identified as Mr Mugonesi from a primary school in Gokwe South following allegations of sexual assault and abuse of pupils.

Speaking to this publication Chief Gwesela from Zhombe declared that they will not rest until justice is served.

“We are adamant in assisting the police in any way so that this teacher is found and justice take place because we are not happy with the abuse of the girl child while acquiring education,” Gwesela said.

Mugonesi was exposed when one of the photos he had taken with one of the victims was published on social media, in one of the pictures the teacher is seen fondling the schoolgirl’s breasts and in the other, the girl is sitting on his lap.

Midlands Provincial Education director Jameson Machimbira confirmed the reports had been received and were being investigated.

A Manyame Park man was bashed by Johanne Masowe church members after they found him having sex with a woman later proven to be his brother-in-law’s wife at their shrine, H-Metro reported. 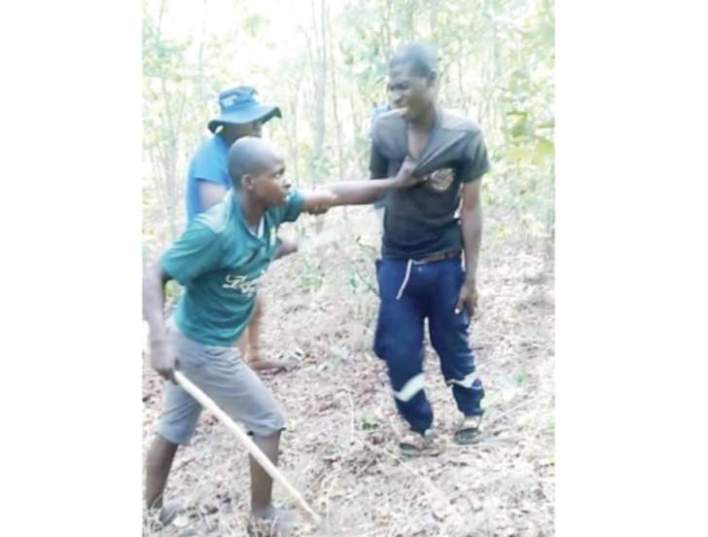 Tanaka Musengeyi aged 30, lured his brother-in-law Solomon Chawira’s wife, only identified as Nyasha aged 19, to a bushy area where they were caught by Sowe reJerusalem members having sex. Learn More

5 date ideas you should try out