Citizens Coalition for Change (CCC) on Sunday distributed more than 500 food hampers to the elderly and people living with disabilities to wild cheers at the party’s Bulawayo provincial offices.

“The proceeds of the Presidential Dinner are what we have shared with the people as a gesture of love and solidarity.

“We distributed more than 500 food hampers to the elderly and also to people with disabilities and to the deserving in community.”

He added, “We do this as an important solidarity gesture because we are social democrats. One of the driving values of social democracy is solidarity, which is comradely and love with the oppressed,” said Siziba.

Siziba stressed that the donations were not for vote buying.

“In CCC we do not believe in vote buying. We are in the festive season and we are just doing this as a way to express our love to the underprivileged in our society,” he said.

He also took the opportunity to criticise government for destroying cities.

“The role of the central government is to provide water and electricity to the people. Our role as opposition is to make the government accountable for its actions,” said the party’s deputy spokesperson.

One of the recipients, 94-year Aron Ndlovu from Mzilikazi, said he appreciated the gesture from the party.

“I had a dry Christmas because I could not afford to buy myself any goodies. I am very grateful to the party for this gesture,” said Ndlovu.

Another beneficiary was Patricia Nabanyana, wife to the missing Patrick Nabanyana who disappeared from his Nketa residence over two decades ago.

Nabanyana was kidnapped by unknown people and has not been seen or heard from since then.

His widow thanked CCC for the kind gesture.

“May god bless CCC and Chamisa for their love. This is an unconditional gesture, unlike what happens when other political parties give strict conditions on government donations,” she said. 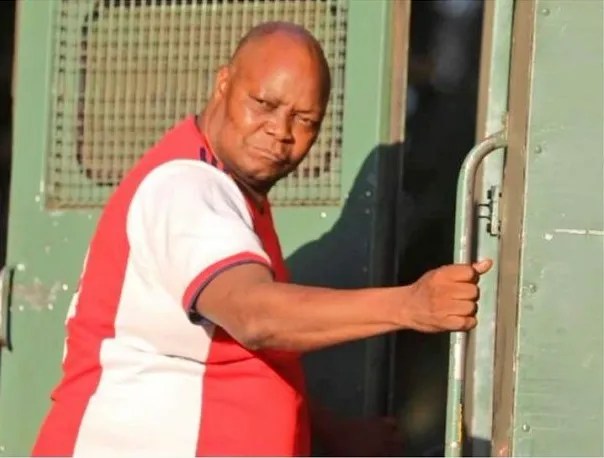 In a letter from Chikurubi Maximum Prison Sikhala said he has been fearing to talk abiut his health because he did not know how his family will take it. Learn More