A day after Zimbabwean national Kupo Mleya (38) was shot and killed, police arrested a 23-year-old on Christmas Eve who they allege is responsible.

Kupo was son to the late Brigadier General Fakazi Mleya who died in 2007 and declared a national hero.

In Harare, acting president Constantino Chiwenga, who worked with the late Brigadier General, visited the family to pass his condolences.

Meanwhile in the US, Karsen Rezac was taken into custody less than two days after Mleya was found shot near 20th and Washington streets just after midnight Friday, the Lincoln Police Department said Saturday in a news release.

Officers responding to a report of shots fired in the area found Mleya outside his wrecked Jeep Patriot with multiple gunshot wounds at about 12:30 a.m., Police Chief Teresa Ewins said at a Friday news conference.

Police performed CPR on him until medics with Lincoln Fire and Rescue arrived and continued efforts. Mleya died at the scene.

At Friday’s news conference, Ewins did not say whether investigators had identified any suspects and noted that witnesses reported seeing one person flee the scene, but the police chief did not describe the person or any vehicle of interest.

In the news release, police offered no details on what led them to Rezac, who was taken to the Lancaster County Jail. He is set to make his initial court appearance Tuesday.

Mleya’s Jeep had been wrecked by the time police arrived on scene, but Ewins said investigators aren’t sure whether the crash came before or after the shooting. The scene is only a block from his residence, near 21st and Washington streets.

A native of Zimbabwe, Mleya emigrated to the U.S. to attend school. He married in Chadron in 2007 before moving to Lincoln by the 2010s. Mleya and his wife had a daughter in May 2011.

The couple separated in 2014 and later divorced.

Mleya had worked at the Lincoln bike shop Cycle Works and had also spent time as a groundskeeper at the University of Nebraska-Lincoln, where he was a student in the late 2010s, according to friends and public records.

He had also been a student at Southeast Community College. He had a passion for education, friends say – but not one that trumped his joy for motorcycles.

“It was funny, because he always told me, ‘Yeah, I spent all this time going to school. But I really just want to ride motorcycles,” said Collin Post, who worked alongside Mleya at both Cycle Works and Frontier Harley-Davidson, and who described him as his best friend.

Mleya loved his daughter and America, Post said, describing an instance at a motorcycle rally the two had attended where Mleya borrowed the U.S. flag from the rally’s campsite and strapped it to his bike before parading it around, grinning ear-to-ear.

More than anything, Post said, he would remember Mleya’s ability to connect with strangers as if they were friends, which Post attributed to his infectious laugh and smile.

“He had a way with people, man,” Post said. “He didn’t care who you were, what you were or what you valued or whatever. He just wanted to know everything about you.

A man suspected to have been drunk was run over by a train in Mount Hampden recently while he was lying on the railway line. 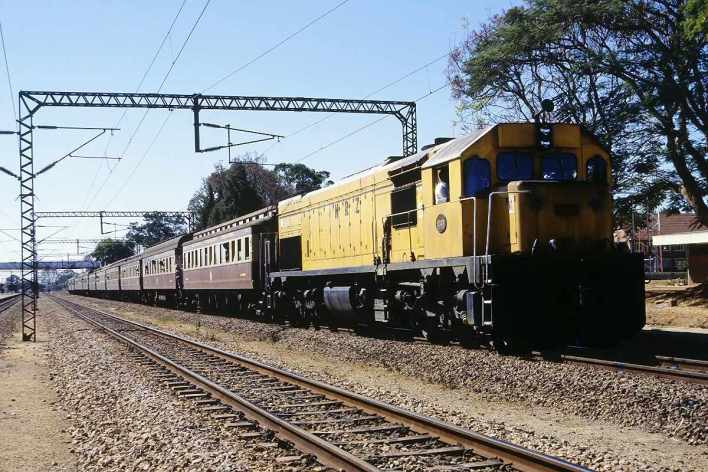 This incident was revealed on Friday by the National Railways of Zimbabwe (NRZ) through its Twitter page. It said: Learn More